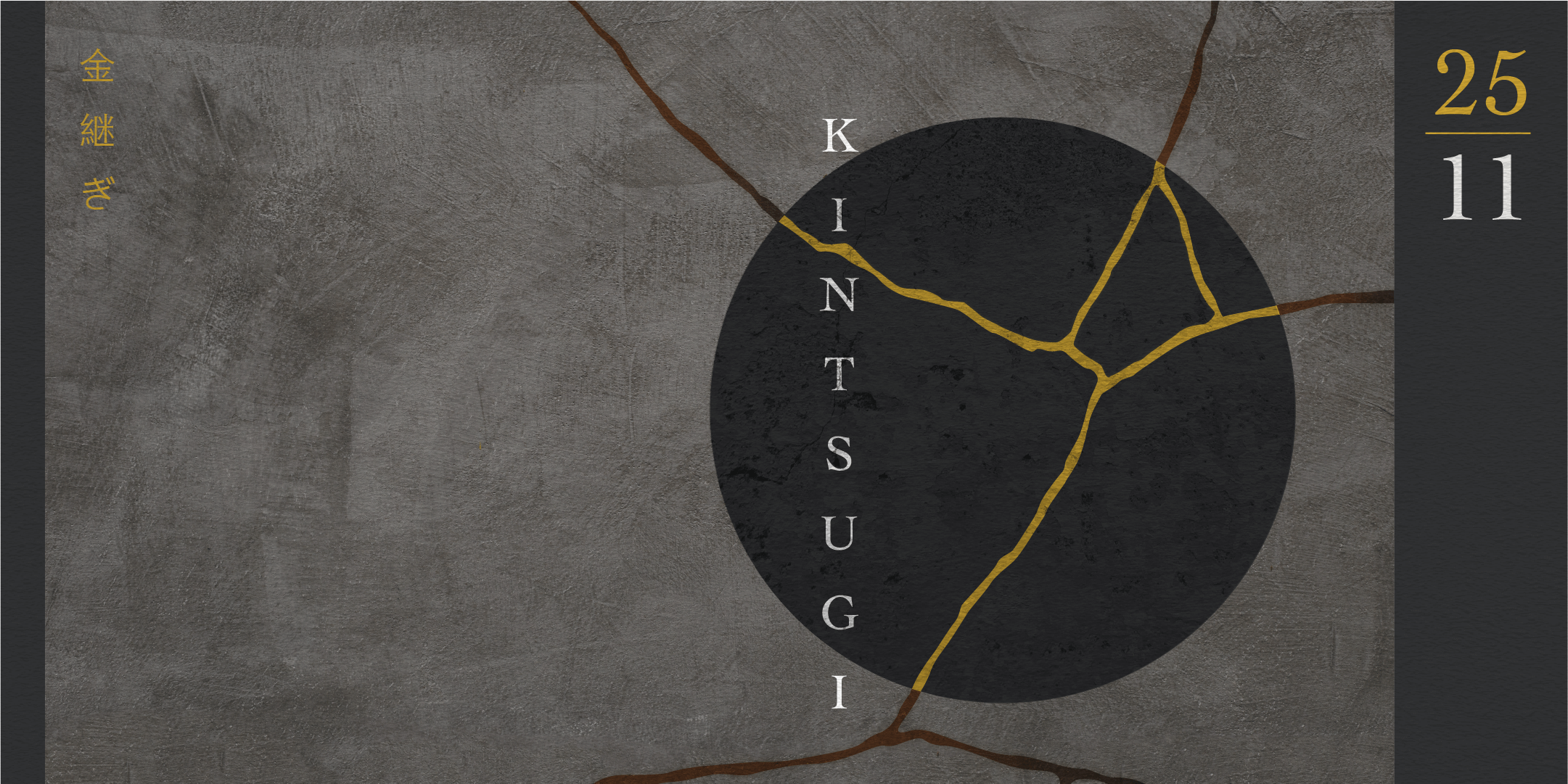 Kintsugi: from broken to beautiful

Kintsugi: From Broken to Beautiful. Explore how our scars, visible or invisible, make us, and the world, stronger and more beautiful.
Share



event ended
Get Tickets
About this Event

Kintsugi is the Japanese art of repairing broken pottery by mending the areas of breakage with lacquer or powdered gold, silver, or platinum. As a philosophy, it treats breakage and repair as part of the history of an object, rather than something to disguise.

As humans, we are also susceptible to being broken, traumatised and tarnished (emotionally and physically) but it is our scars that make us stronger and resilient – perhaps more human. Through the art of kintsugi, we can repair not only broken objects, but also deep sorrow, a broken heart, relationships and our health. As with shattered pottery, we can be fixed, healed and transformed into something stronger and more beautiful.

TEDxMelbourne will shine a light on the art and philosophy of Kintsugi asking the question What have you taken which was broken, but is now stronger than ever before?

• From broken to beautiful: the power of kintsugi

• How kintsugi shows up in our everyday lives

• The beauty in our precious scars

TEDxMelbourne will explore the ways that we – and society – have been broken – but more importantly, how we are on our way to repair. Our scarred society. Our struggling planet. A city that has been through the worst – but now thrives. We place a lens on the pieces of us that have been eroded but now bloom like never before, giving everyone hope.

Join us for this special event as we come together to celebrate Kintsugi and the powers of embracing the world’s scars through acceptance, growth and resilience. Marriott Hotel Docklands are a proud partner of this event.

Rone is a Melbourne-based artist who explores the synergetic relationship between beauty and decay. His latest exhibit, TIME • RONE at Flinders Street Station is a nostalgic love letter to mid-century Melbourne and a tribute to one of the city’s great icons, capturing both the grand scale and character of the site and the minute detail of a period of Melbourne’s history long lost to progress.

Ronni Kahn AO is a social entrepreneur and founder of Australia’s leading food rescue charity OzHarvest. Ronni is a passionate advocate and activist renowned for disrupting the food waste landscape in Australia and her mission to fight food waste and feed hungry people is supported by some of the world's finest chefs.

Osher Günsberg is one of Australia's most recognisable media personalities and has been a guest in the living rooms of Australian’s for over nearly 25 years. A best-selling Author, “Back After The Break” told of his journey with mental illness whilst the documentary “Osher Günsberg: A Matter Of Life & Death” is a highly acclaimed and multi-award-winning film which explores the science behind suicide prevention in Australia. Osher regularly speaks about his mental health journey, mental health in the workplace or addiction.

Thomas Mayo is a Kaurareg Aboriginal and Kalkalgal, Erubamle Torres Strait Islander man. He is the National Indigenous Officer of the MUA, a lead campaigner for the Uluru Statement proposal for a constitutionally enshrined First Nations Voice. His works cover both historical and contemporary First Nations struggles including campaigning for the Uluru Statement from the Heart, biographical narratives, fatherhood, masculinity, love and race.

Dr Anika Molesworth is a farmer, scientist and storyteller. She is widely recognised for her work in agriculture and food systems and generating climate change awareness and is author of Our Sunburnt Country. With a passion for rural communities and healthy ecosystems, she is committed to help create sustainable and vibrant rural landscapes now and for the future

Patrycja Slawuta is an Australia-based, NYC-educated and Poland-born behavioural scientist, successful entrepreneur, and life-long learner. After spending more than ten years in academia, Patrycja founded SelfHackathon, a global boutique behavioural consultancy of scientists that applies evidence-based research to help organizations and enterprises navigate the complexities of human nature in the face of disruption, change and uncertainty.

Sally Capp was first elected as Lord Mayor in May 2018 before being re-elected in 2020. Sally steered the City of Melbourne through the pandemic, as we clocked up the most days in lockdown in the world, an experience that devastated city businesses. She is now the champion for Melbourne’s recovery, successfully negotiating a $300 million partnership with the Victorian Government to help recover and revitalise the city.

Brett Leavy is a descendant of the Kooma people of southwest Queensland and for over ten years he has been the creative director of Bilbie XR Labs, a First Nations social impact enterprise working on asubset of the Metaverse with a working title called The Indijiverse. Brett has spent nearly three decades of research and development into an immersive and interactive cultural heritage time machine and virtual knowledge bank for immersive traditional storytelling and cultural experiential interaction.