EventsUnited ArtistsBlogTalks
About Us
Our Organisation
About TEDx
Our Team
Volunteer with Us
Apply to Speak
Partners
Contact Us
×
Subscribe to hear about new talks, meetups, and the latest TEDxMelbourne News.
Thank you! Your submission has been received!
Oops! Something went wrong while submitting the form.
100% Spam-free. We promise.
Subscribe

Attend an Event
TEDxMelbourne Circle: Exploration
Read More

View Blog
Who Gives A Crap, on going against the physics of capitalism
Read More

Watch a Talk
View the collection of over 10 years worth of TEDx Talks from TEDx Melbourne.
Read More

Talks
Blog
Events
About Us
What is TEDx
Our Team
Our Partners
Volunteer with Us
Apply to Speak
Contact Us
Privacy Policy
Ticketing Terms and Condition
Website Terms and Conditions

A toast to the TEDxMelbourne community

TEDxMelbourne is celebrating ten years of ‘ideas worth spreading.' Ten years of events for Melbournians to listen, to question, to explore. Ten years where audacious speakers have had the chance to talk about what’s important to our community. Ten years of fostering valuable relationships amongst people that, put simply, want to create a better world. This year we toast to our community, who’ve made it possible for us to reach our tenth anniversary. We look back on the journey that brought us here and, why not, on dreaming of what may come.

Creating  experiences that push us to remove that nagging prefix from the word ‘impossible’ drives Jon Yeo, the TEDxMelbourne licensee, curator, and guide since the start. ‘We would do better to think about the world in 10-20 years time and make better decisions around the future rather than think about what's going to happen around the corner. If we can’t predict it, we have to create it’, he says.

But wait - where did it all began?

We have to jump to 1984 when Richard Saul Wurman visualised a conference that focused on technology, entertainment and design. Three concepts that, converged, could take us to the unimaginable. Twenty years after this one-off event, TED changed the rules of the game by providing free access to their talks, connecting millions of curious minds around the globe.

Innovation has always steered TED, leading this not-for-profit organisation into constant reinvention. That’s how a lowercase ‘x’ landed beside it. This letter means it's an independent event, carried out at a local level and today, more than 17 million people are subscribed to the channel containing all videos. These subscribers represent the community’s desire to spark insightful conversations that have the potential to transform realities. That ‘x’, is greatness.

A decade ago, Jon was part of the inaugural team that gave life to TEDxMelbourne. Yet, the first was almost the last as the organiser of the time had to choose between planning the next TEDxMelbourne or her wedding. So Jon took matters at hand: ‘the community is my tribe: positive, future focused, optimistic, open-minded and  curious. I couldn't let the event or community disappear, so I partnered with Rod Sherwin and Hamish Curry to keep it up and running while we built a team.’ They started out with a mailing list of only 53 contacts, most of whom he knew but since then that number has now multiplied into thousands of souls that share a desire for progress.

The volunteers are the lifeblood of TEDxMelbourne. Every year they embark on the quest to make authentic experiences that involve the community in the discussion from the start. Each year the event is conceived upon a concept that embodies what Melbournians might be interested in, that can be applied to a broad range of topics and so the team curates ideas that will challenge the spectators.

At TEDxMelbourne, we want to keep the spark going, by building bridges that will unite people from all over the world. ‘Digital connections with local touchpoints have always been the differentiating factor for communities. Think Apple or World Vision. TEDxMelbourne is no different. I do believe we create a local platform to an international community and that’s special.’

At one of the first TEDxMelbourne events, Lucinda Hartley, a designer, urbanist and social-entrepreneur spoke about improving cities through community oriented design. This influenced Priiyanca Nadarajah and Jamil Diu to create IMPRINT in 2011, which aimed to enhance public spaces through community involvement in neglected neighbourhoods of Melbourne. They also spoke at TEDxMelbourne, surely inspiring more hearts.

‘The goal of changing the way people think and feel about the world we live in is a great catalyst for dreams to actually become reality. Running events locally means we can connect as human beings. It’s essential we foster those connections to broaden horizons and possibilities’, said Jon. One talk can reverberate and motivate others to pursue their own projects. This is one example (and an awesome one) of the TEDxMelbourne magic.

Eighteen minutes (the length of a standard TED talk) can be more than enough to change the course of history. It’s been ten years of companionship and hard, yet thriving teamwork. Ten years where we aimed to give our community a chance to express their own voice to simply be better. And we’re still going. 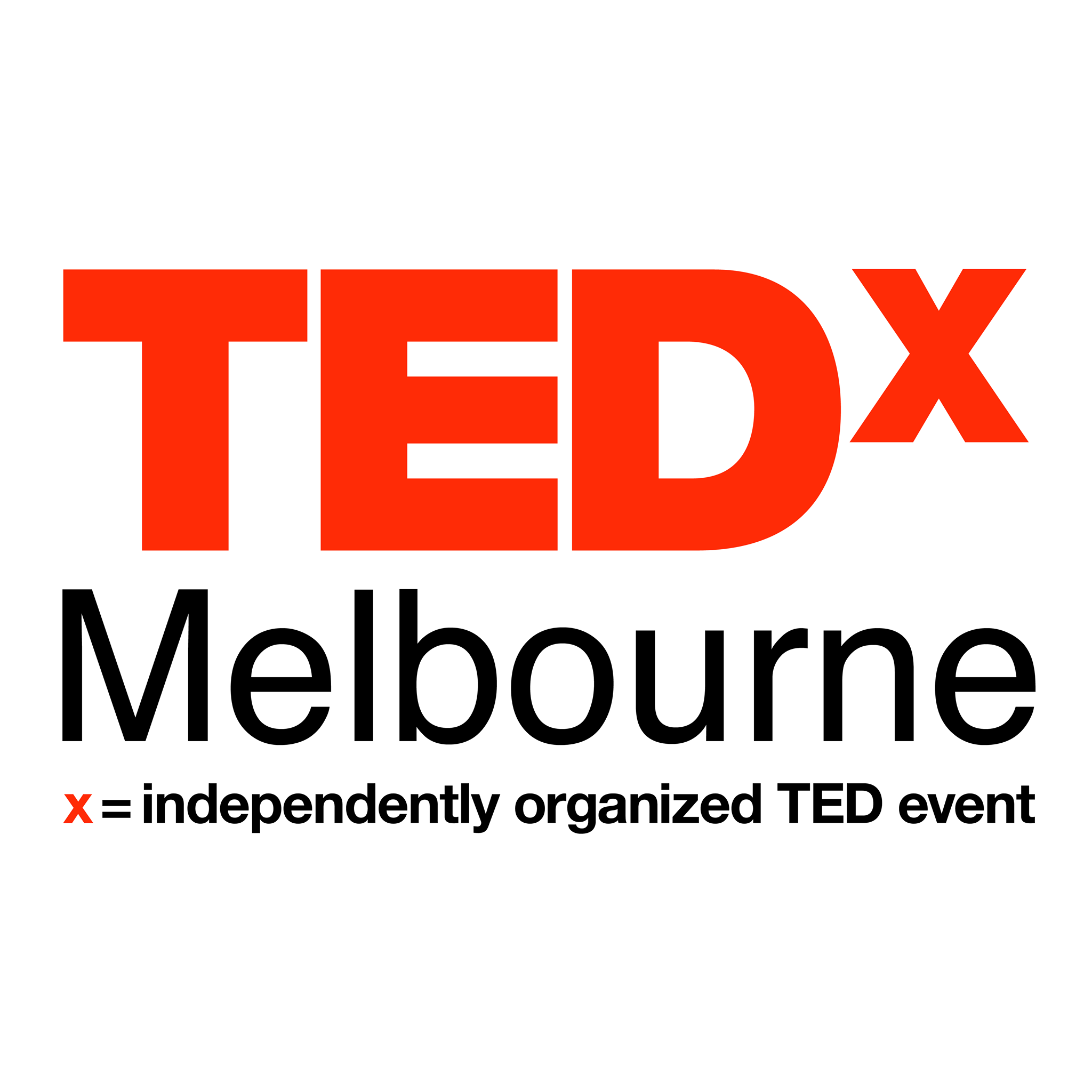 The TEDxMelbourne team have been writing blogs for our community for years. We are always after more writers. Get in touch with us to share your ideas.

The TEDxMelbourne team have been writing blogs for our community for years. We are always after more writers. Get in touch with us to share your ideas. 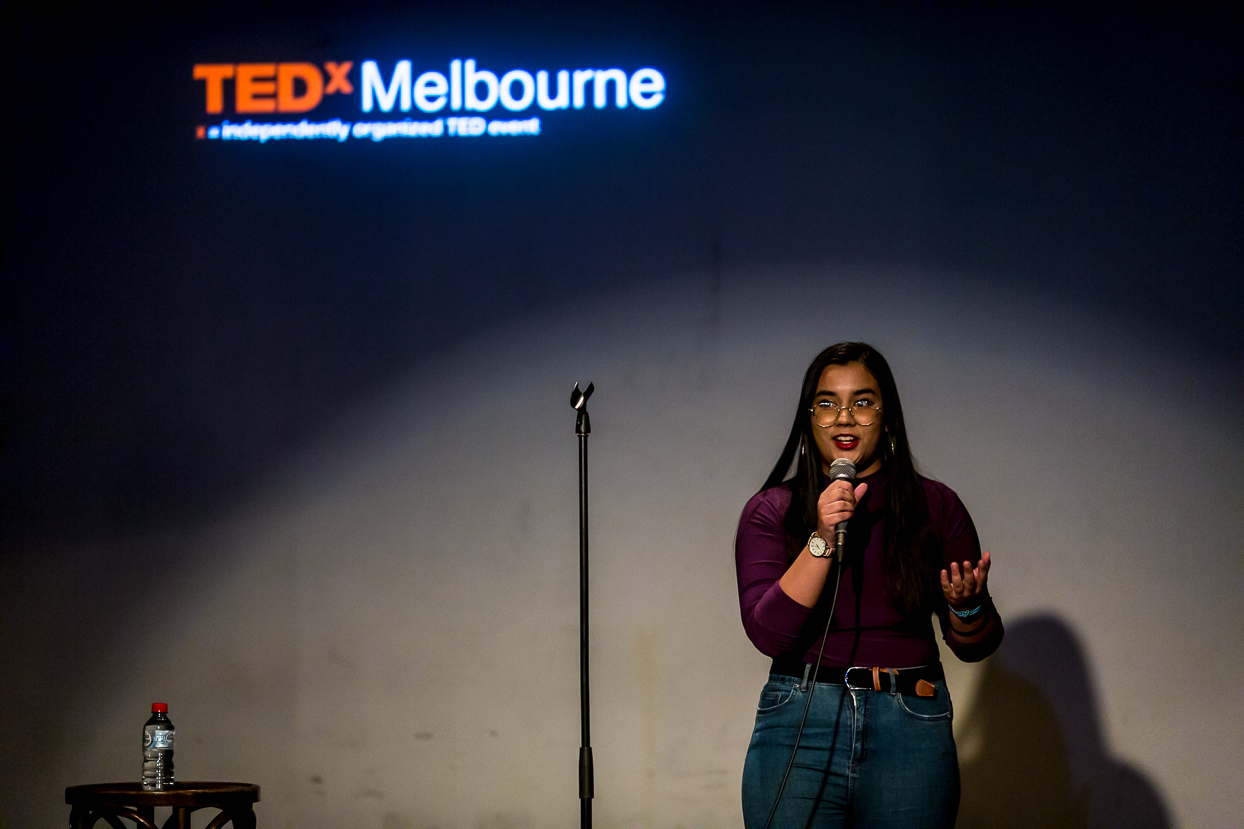 Our 3rd annual Open Mic Night in the heart of Melbourne. 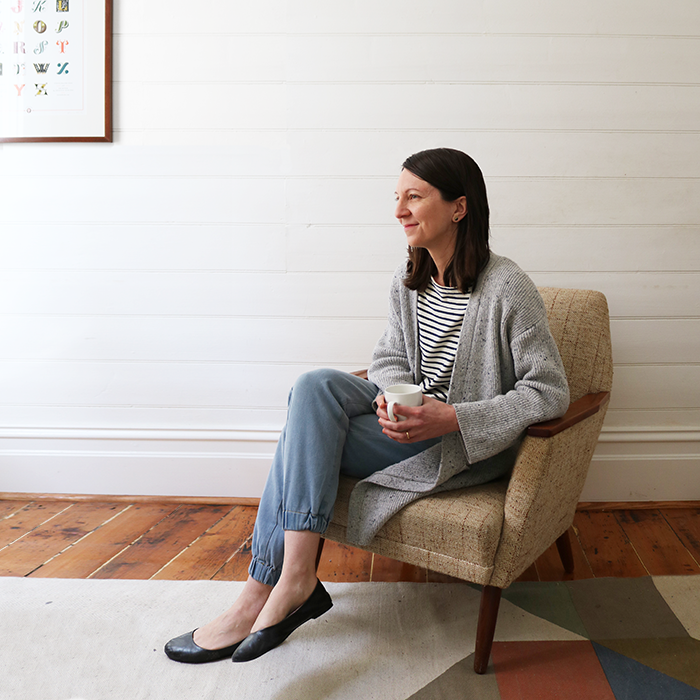 Our Melbourne community
2019.04.29
• Written by
TEDxMelbourne 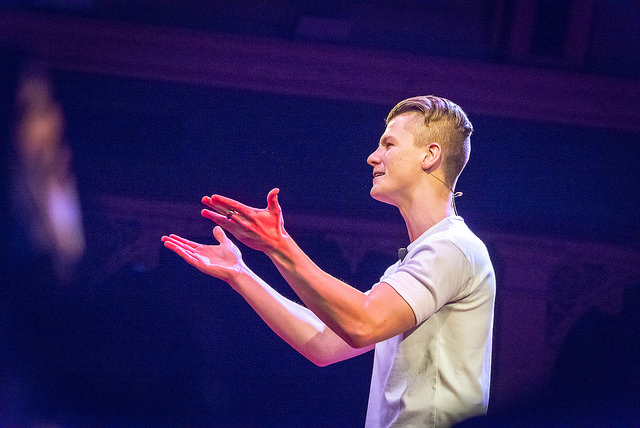 Thank you! Your submission has been received!
Oops! Something went wrong while submitting the form.
100% Spam-free. We promise.
Ideas worth spreading.
Events
Blog
Talks
About Us
Our Team
Our Partners
Ticketing Terms and Conditions
Privacy Policy
Website Terms and Conditions
Volunteer with Us
Apply to Speak
Contact Us
TEDxMelbourne recognise and pay our deepest respect to the Wurundjeri, Bunurong and Wathaurong peoples of the Kulin Nation.
This independent TEDx Organisation is operated under license from TED.